Memorial to the 'European War' in
Broadbottom, a small mill town in 1914.
See the pages on researching war
memorials and on memorial inscriptions
More about Broadbottom in the war here

Poets of the First World
War: see below

The Poetry of War

The First World War in Literature

The resources on these pages are intended to help teachers and students, particularly at AS and A Level and especially for the AQA Specification A English Literature AS Level War option. The lists incorporate recommendations from teachers, suggestions from AQA support meetings and my own research. Use the menu on the left to help you find your way around.

Other pages to visit on this site are:

See also the page on Poems of the First World War: a selection of poems and context notes. 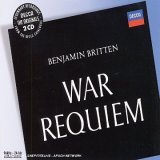